Introduction: CD34 (Q-BEND 10) is a pan endothelial marker, monomeric glycoprotein and the cell surface trans membrane which is found in blood vessels of normal and neoplastic endothelial cells and use as a vascular marker for quantitative evaluation of angiogenesis. We determined the mean vascular density using CD34 as immunohistochemical marker in variants of Ameloblastoma.

Material and Method: This is a descriptive cross-sectional study of 6 months duration from June 2018-dec 2018. Sample was collected using consecutive sampling technique (non-probability sampling) and 30 Formalin fixed paraffin embedded (FFPE) blocks of Ameloblastoma were collected. The mean vascular density (MVD) in ameloblastoma was evaluated using method described by Nielsen and McNagny. Three areas with the highest amount of vascularization (known as the hot spot) were selected under low magnification (×10) and micro vessels were counted in each specimen at ×40 magnification. The mean in three selected regions was considered as the MVD.

Conclusion: It was concluded from this study that, CD34 can be used as a reliable endothelial marker to access MVD in different types of ameloblastoma. 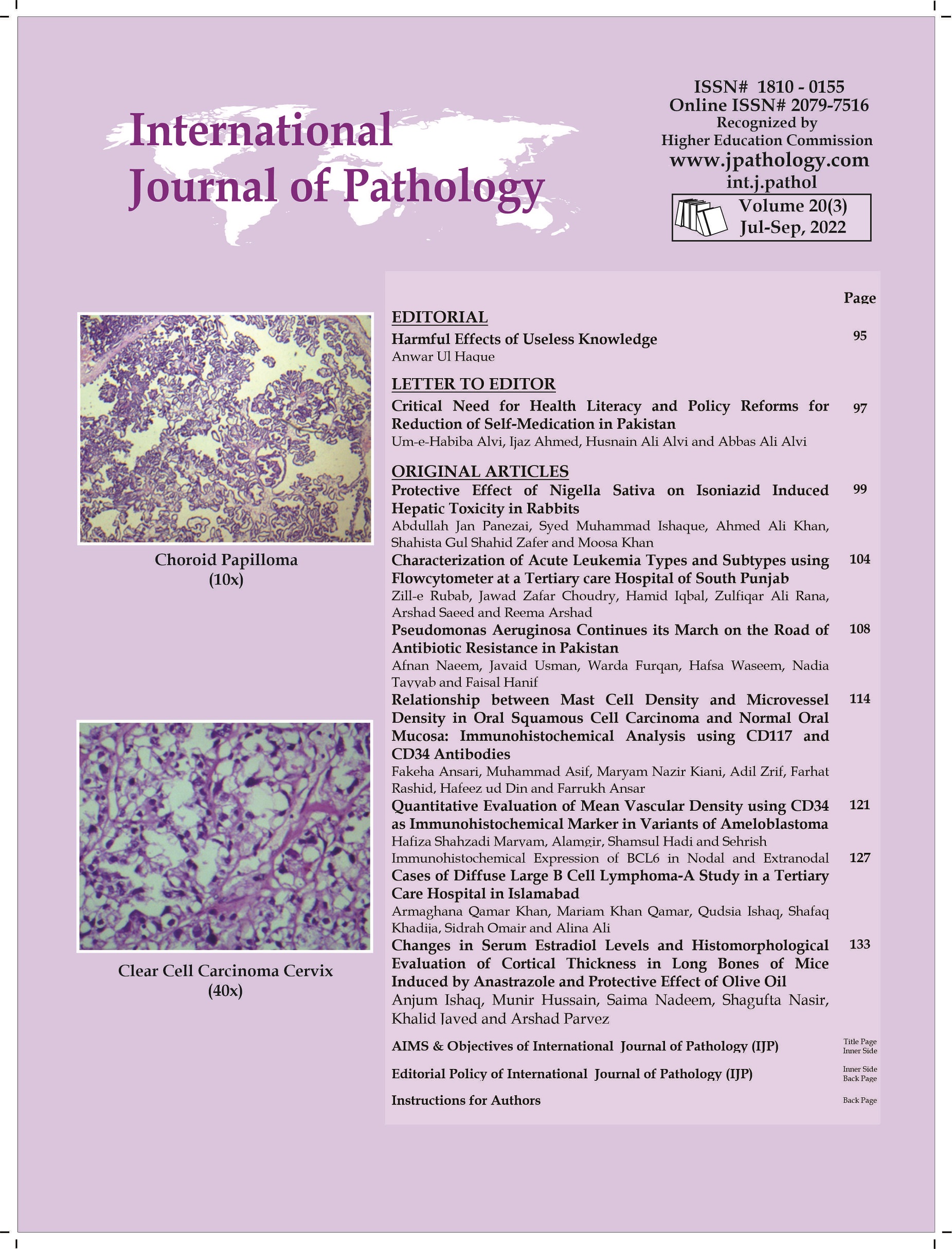