To determine the variation in occurrence of two major histological types of esophageal cancer stratified by various factors.

Patients & Methods: 122 cases were selected between June 2011 and June 2013, at Northwest General Hospital and Research Center (NWGH & RC) Khyber Pakhtunkhwa. The selected patients were either from Khyber Pakhtunkhwa (26) or Afghanistan (96). The H&E stained slides were re-assessed microscopically. Types of carcinoma and demography of disease were evaluated. The variation in occurrence of the two subtypes of cancer was determined through multivariate analyses using morphology as dependent factor and gender, geographic area and anatomical location of the esophagus as independent factors.

Results: Majority of the lesions were of squamous cell type (87%). Adenocarcinoma was marginally more prevalent among Pakistanis as compared to Afghanis (23% vs. 10%). The number of younger patients was high in Afghanis as compared to Pakistanis (87.5% vs 12.5%). 76 (62%) patients were male with no significant difference of the proportions of gender between the two nationalities. Majority of the malignancies (n = 76, 62%, 95% CI = 53 – 71%) were located in the lower esophagus. For the outcome of squamous cell carcinoma, the Odds Ratio of being an Afghani was 2.7 while for that of adenocarcinoma it was 0.3. Both measures fail to achieve statistical significance (z = 1.3, P = 0.083).

Conclusions: Squamous cell carcinoma was the most common malignancy in both populations. Adenocarcinoma was marginally more prevalent in Pakistanis while esophageal carcinoma was common in younger patients in Afghanis that may point towards different etiology and pathogenesis of the disease. Further large-scale studies are therefore required to evaluate these factors. 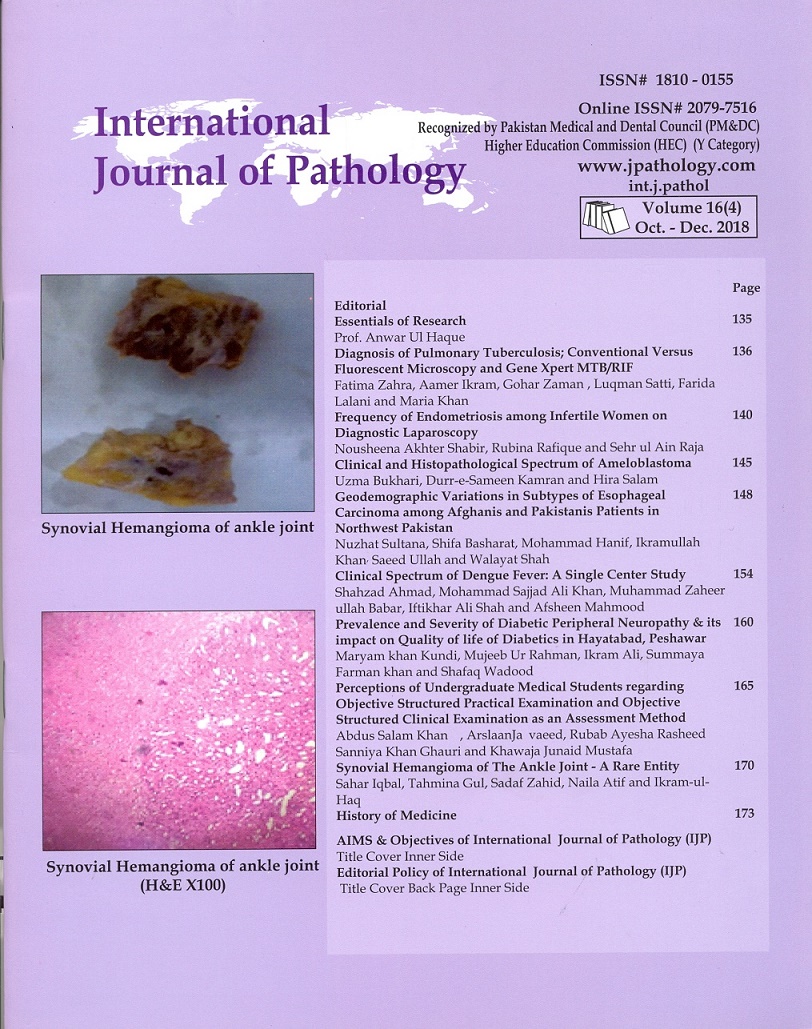